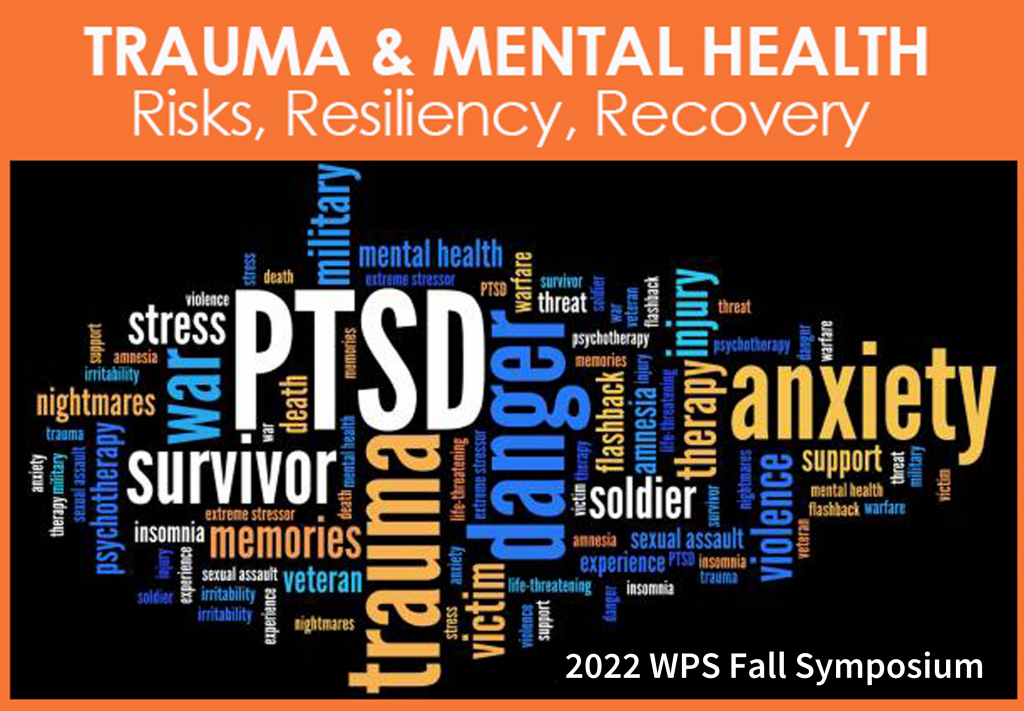 Thank you to our Supporters and Exhibitors!

Joan A. Turkus, M.D. maintains a consulting and clinical practice in psychiatry and traumatology in McLean, Virginia. She is the Medical Director, TraumaSci: Complex Trauma Disorders Program at Dominion/HCA Hospital in Falls Church, Virginia and Co-Founder/past Medical Director of The Center: Posttraumatic Disorders Program at the Psychiatric Institute of Washington, D.C. Dr. Turkus has years of experience in the trauma field and maintains a national profile with teaching and consultation.

She is a graduate of Rutgers University with a degree in pharmacy and graduated from The George Washington University School of Medicine with honors. She is a Distinguished Life Fellow of the American Psychiatric Association and a Fellow of the International Society for the Study of Trauma and Dissociation, of which she is a Past President. She has been awarded a Lifetime Achievement Award, the Cornelia Wilbur Award for clinical contributions, and a Distinguished Achievement Award by the International Society for the Study of Trauma and Dissociation. She is a Diplomate of both the American Board of Psychiatry and the American Board of Forensic Psychiatry. She is trained in psychiatry, traumatology, clinical hypnosis and EMDR. She maintains a keen interest in neurobiology and psychopharmacology, particularly in their application to the complexity of Posttraumatic Stress Disorder.

Dr. Mellman is currently Professor of Psychiatry and Behavioral Sciences in the Department of Psychiatry at Howard University College of Medicine. He is also Director of their Center for Translational Research and Sleep Stress Research program. Dr. Mellman provides recurring lectures to Howard University medical students and residents on sleep and sleep disorders, developing research projects and on posttraumatic stress disorder. His research interests include the role of sleep and REM sleep disturbances in the genesis and maintenance of PTSD and related morbidity, clinical psychopharmacology, methods for promoting evidence-based approaches to prescribing in psychiatric and other medical settings and the role of stress and sleep disturbance in health disparities.

Dr. Mellman obtained his medical degree from Case Western Reserve School of Medicine in Cleveland, Ohio in 1982. He completed his residency at University Hospitals of Cleveland, Department of Psychiatry in 1985 and went on to complete a fellowship as a Clinical Research Fellow at the National Institute of Mental Health in 1988. Dr. Mellman is ABPN certified in Psychiatry and Neurology and is widely published in his field.

Shannon Wiltsey Stirman is a clinical psychologist and implementation researcher in the Dissemination and Training Division, and an Associate Professor at Stanford University’s Department of Psychiatry and Behavioral Sciences. Her clinical work and research focus on implementation, fidelity, digital mental health and adaptation of cognitive behavioral therapies for individuals with PTSD, depression, suicidality, and anxiety. With the Fidelity, Adaptation, Sustainability and Training (FAST) Lab, she has been conducting research that focuses on implementation and sustainability of evidence-based psychosocial treatments in public mental health settings. Recently, she and her colleagues developed the free Pause a Moment program to support healthcare workers who experience COVID-related stressors (pam.stanford.edu).

She regularly provides CBT and Cognitive Processing therapy training and consultation, and she is a co-author of the forthcoming book Getting Unstuck from PTSD: Using Cognitive Processing Therapy to Guide Your Recovery. She was a Fellow of the NIMH and VA-funded Implementation Research Institute, and later served as an expert faculty member. She served on the board of the American Psychological Association and the Society of Implementation Research Collaboration (SIRC) and was awarded the ABCT Mid-Career Innovator Award in 2018. Her research has been funded by the National Institute of Mental Health, VA QUERI, and the Canadian Institute for Health Research.

Dr. Altha J. Stewart is Sr. Associate Dean for Community Health Engagement, Director of Public and Community Psychiatry, and Director of the Center for Youth Advocacy and Well-Being at the University of Tennessee Health Science Center in Memphis. She leads the department’s efforts to create a community psychiatry program to expand the local behavioral health workforce. A graduate of Temple University Medical School, she completed residency at Drexel University. Over the last four decades she has led large public mental health systems in Pennsylvania, New York, and Michigan, and two SAMHSA-funded System of Care programs spanning a decade in Tennessee.

She was awarded an honorary Doctor of Laws degree from Regis College in 2006 and Doctor of Science from her alma mater, Christian Brothers University in Memphis in 2018, and is an honorary member of the South African Society of Psychiatrists. She was the UC Davis Luke & Grace Kim Visiting Professor in Cultural Psychiatry in 2019. She is the recipient of other awards and honors including the APA Alexandra Symonds Award (2006), NAMI Exemplary Psychiatrist Award (2002 & 2020), HealthCare Hero – Physician Award from the Memphis Business Journal (2018), Memphis Annual Africa in April Executive of the Year (2019), the APA Solomon Carter Fuller Award (2021), the APA Award in Psychiatric Administration (2022), and the recipient of the 2022 Pardes Humanitarian Prize from the Brain and Behavior Research Foundation.

Locally she serves on the boards of Christian Brothers University, the Memphis Urban Child Institute, Memphis Mental Health Institute, NAMI-TN, the Tennessee Commission on Children and Youth, and the ETSU Center for Rural Health Research Advisory Board. She was appointed by two successive governors to serve as a member of statewide groups in Tennessee addressing the need for juvenile justice reform – the Joint Ad-hoc Tennessee Blue Ribbon Juvenile Justice Task Force and the Governor’s Juvenile Justice Reform Implementation Council, and was the only psychiatrist appointed to the Governor’s Task Force on School Safety following the school shooting in Parkland, FL in 2018.

Prior to joining the faculty at Dell Medical School, Fonzo completed two postdoctoral research fellowships. The first was a T32 biobehavioral research fellowship in the Department of Psychiatry and Behavioral Sciences at the Stanford University School of Medicine. The second was an advanced fellowship in mental illness at the Sierra-Pacific Mental Illness Research, Education and Clinical Center at the Palo Alto Veterans Affairs Health Care System.

Fonzo’s research focuses broadly on understanding mechanisms of affective disorder psychopathology and treatment and leveraging this understanding to improve clinical care and patient outcomes. His lab takes a multimodal approach to assessing disorder mechanisms and characteristics across diagnostic categories, such as post-traumatic stress disorder, anxiety disorders and depression. He is particularly interested in the biological bases of affective symptoms and defining biological targets to engage with novel intervention approaches. His work probes psychological processes such as emotional reactivity, emotion regulation, reward processing and affective learning to understanding neural circuits implicated in a broad array of affective psychiatric abnormalities, such as exaggerated fear/threat reactivity, diminished positive emotion, anhedonia and difficulties with regulating one’s emotional state.

This activity has been planned and implemented in accordance with the accreditation requirements and policies of the Accreditation Council for Continuing Medical Education through the joint providership of the American Psychiatric Association (APA) and Washington Psychiatric Society (DC). The APA is accredited by the ACCME to provide continuing medical education for physicians. The APA designates this live activity for a maximum of 4 AMA PRA Category 1 Credit ™. Physicians should claim only the credit commensurate with the extent of their participation in the activity.